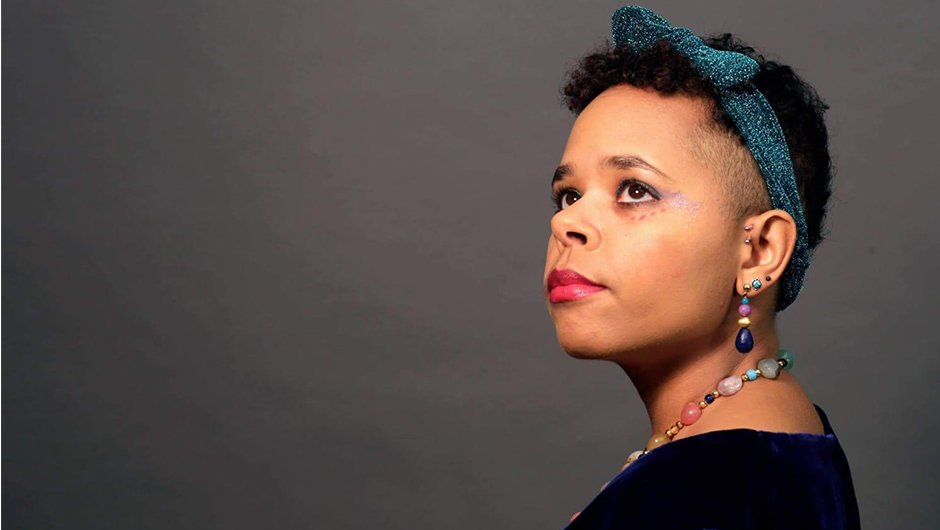 The traditional recruitment process can be an ordeal for neurodivergent candidates, often placing them at an unfair disadvantage. Priscilla Eyles has spent some time at the sharp end of the selection process recently, and she’s had enough of the biases and misunderstandings that too often cost us the chance to prove how capable we really are.

We asked her ‘what’s it like going through the recruitment process as a person with ADHD?’

“Trying to give employers what you think they want is a bit like being Sisyphus, rolling that boulder uphill, only to see it roll down again with a sickening thud! At least that’s how I’m feeling in the wake of relentless dispiriting rejections, which are often a result of unfair discriminatory practices and neurotypical biases.

This has overwhelmingly been my experience of applying for jobs as someone with ADHD, anxiety, and suspected dyscalculia. So I wasn’t surprised to read in the 2018 AchieveAbility report Neurodiverse Voices: Opening Doors to Employment,  that 43% of the survey’s respondents felt discouraged from applying by job application processes.

The report found that over half (52%) of NDs had experienced discrimination during the interview or selection processes, 58% had regretted disclosing their condition and 73% had not disclosed their condition at all during interview.

Factoring in the additional barrier of being an ethnic minority and facing unconscious racial bias, the stats can be even worse for people like me:  38% of BAME neurodivergent respondents felt they were ‘the best person for the job’, but rejected at interview stage, versus 20% of non-BAME respondents.

Still, I started out with high hopes, applying for a number of roles I believed I had the right skills and experience for – but I quickly found that the right support and understanding just wasn’t there. Was I doing something wrong?

I’m always diligent in my research and can answer the interview questions well for the most part – hell, I can even make the interviewers laugh to show what a fun, creative asset I could be. What’s more, I wouldn’t dream of applying for a job I don’t feel l was the right fit for, as my ADHD means I would just get bored too quickly which would be a waste of mine and their time.

Despite this, the usual story is that there is another candidate ‘more qualified for the job’, and these traumatic rejections have made me extremely skeptical of ever finding a job at all. I started my search naively hopeful that I would land one in 3 months due to my skills, experience and enthusiasm.

Where I felt like I failed, I came to realise that it was the discrimination inherent in the process that was blocking the doors to finding fulfilling work – even when I met all the requirements and the organisation had a Disability Confident scheme in place. I constantly felt myself being judged on factors that were not necessary to perform the role.

So what could recruiters be doing better and which areas need a rethink to include people like me? Below are some of the biggest barriers I’ve faced as a candidate with ADHD and some suggestions to employers:

So, let’s get this straight, you want me to be a ‘creative ideas generator and driven team player’ and be ‘able to work on my own, have excellent attention to detail and organisational/time management skills’? And you want me to be able to ‘work with data/numbers and write and create innovative marketing plans to a high standard’?

Does this person really exist or are they in fact mostly two people? Employers really need to be more realistic about what they ask of prospective employees, and to make sure they are not using these ability-based specifications to select for neurotypical candidates only.

Oh, the joys of form filling: I rarely leave enough time for this task, which can require hours of reworking due to the multitude of formats that employers ask candidates to adhere to. And that’s only once I’m done retrieving the exact details of my educational achievements from GCSEs onwards (who really cares that I got a B in Textiles?).

Then there’s the matter of filling in the form itself in the right order while sticking to a random word count, hoping it doesn’t time out and force me to repeat the whole soul-destroying process or miss the deadline altogether. Finally, there’s the dreaded the ‘reason for leaving’ section: how can I express this in a way that sounds passable and not bitter because often the real reason for leaving was due to not having the right support?

While it’s understandable that employers should want to impose some degree of structure on applications, it would help if they stuck to formats that are not too rigid, don’t include lots of complicated formatting, or ideally, offered a choice of formats. And as for word counts, why not use these as a guide rather than an absolute limit?

After some of my interviews, I’ve been given the feedback that I didn’t answer questions in full. My mind does not work in a linear fashion, so I may need prompting or to look at notes. This should be a reasonable adjustment and not something that I need to work on, and another fear is saying something impulsive or even inappropriate as my ADHD means I often don’t think before I speak.

Another suggestion for recruiters is please do not ask open-ended questions like ‘describe your past work experience?’ or ‘tell me about yourself?’ My ADHD means I will give you a detailed description. It would be more helpful to ask something specific like ‘describe your three main responsibilities in your last job?’, which isn’t cheating, it’s being clear and fair.

The interview process is designed for good verbal communicators, and who can retrieve information from memory easily under pressure. In many cases, the information they’re after is already in the application, so the interview simply becomes a memory test which is not ideal for those without this inherent skill.

I’d love to see more companies adopt skill based weekly trials like tech organisations like Sapp and Microsoft, where prospective employers can really get a sense of whether you’re suited for the role rather than playing the interview game.

I’ve had tests where I did the best I could, but I was just not given enough time to complete the task or proofread it, and sometimes without clear instructions. This works against both my ADHD and suspected dyscalculia, where you’re unable to realistically account for how long a task will take.

On some of these occasions, I’ve had to do the test in a noisy and distraction open-plan office. Transitioning between tasks can be very challenging for people with ADHD, and recruiters often expect candidates to jump straight into interview mode after half an hour focusing on a written test. All of these problems could be addressed with a basic understanding of neurodiversity and a willingness to make small adjustments.

I accept that nobody is a good fit for every role, and constructive feedback can be extremely valuable when things don’t work out. But what can recruiters do to give better feedback?

I’ve often been told post interview that someone else was more suitable for the role, but if only they’d provide a few details on why they were more suitable, I’d have a much better idea of which skills to develop for next time.

On other occasions, decisions not to proceed with my application have been more obviously rooted in discrimination: one charity’s reason was that I had asked for extra time on the test due to my ADHD, and another complained that I ‘would require extra management’ and was too ‘junior’ for a role that I had been in before.

I had naively mentioned my ADHD in this instance as I thought it relevant to a physical health charity. I now will think twice about disclosing my ADHD.

Recruitment agencies pride themselves on being great advocates for the candidates they put forward, but many are lacking in awareness and experience when it comes to placing neurodivergent applicants.

Most hold a ‘one size fits all- get the commission’ approach and I presume are not trained at all in neurodiversity. So how could they do better?

If a client tells you they have a disability, please take it seriously and find out what that means in terms of finding the right company, instead of wasting everyone’s time by sending them to companies who clearly aren’t interested in hiring neurodivergent people.

Going my own way

An inevitable consequence of recruiters and employers not supporting ND staff is that many of us will move into self-employment.

I’ve now stopped looking for a full-time job, and instead, live off benefits and my parent’s generosity. I’m also concentrating on my part-time studies in counseling and psychotherapy. I hope to get a part-time job but no longer feel able to work full-time in an office, due to feeling like I’m a misfit, and too difficult for people to understand and support.

I truly believe neurodivergent people are an asset to any office, they are passionate, innovative, hardworking and loyal, and in this respect I’m in good company: to quote Wayne Deakin, Executive Creative Director at Huge: ‘Neurodiversity gives organisations a competitive edge’, and in the words of the awesome autistic advocate Sara Jane Harvey (aka Agony Autie): ‘see the ability, not the disability’.

Reasons to Write: An Autistic Perspective