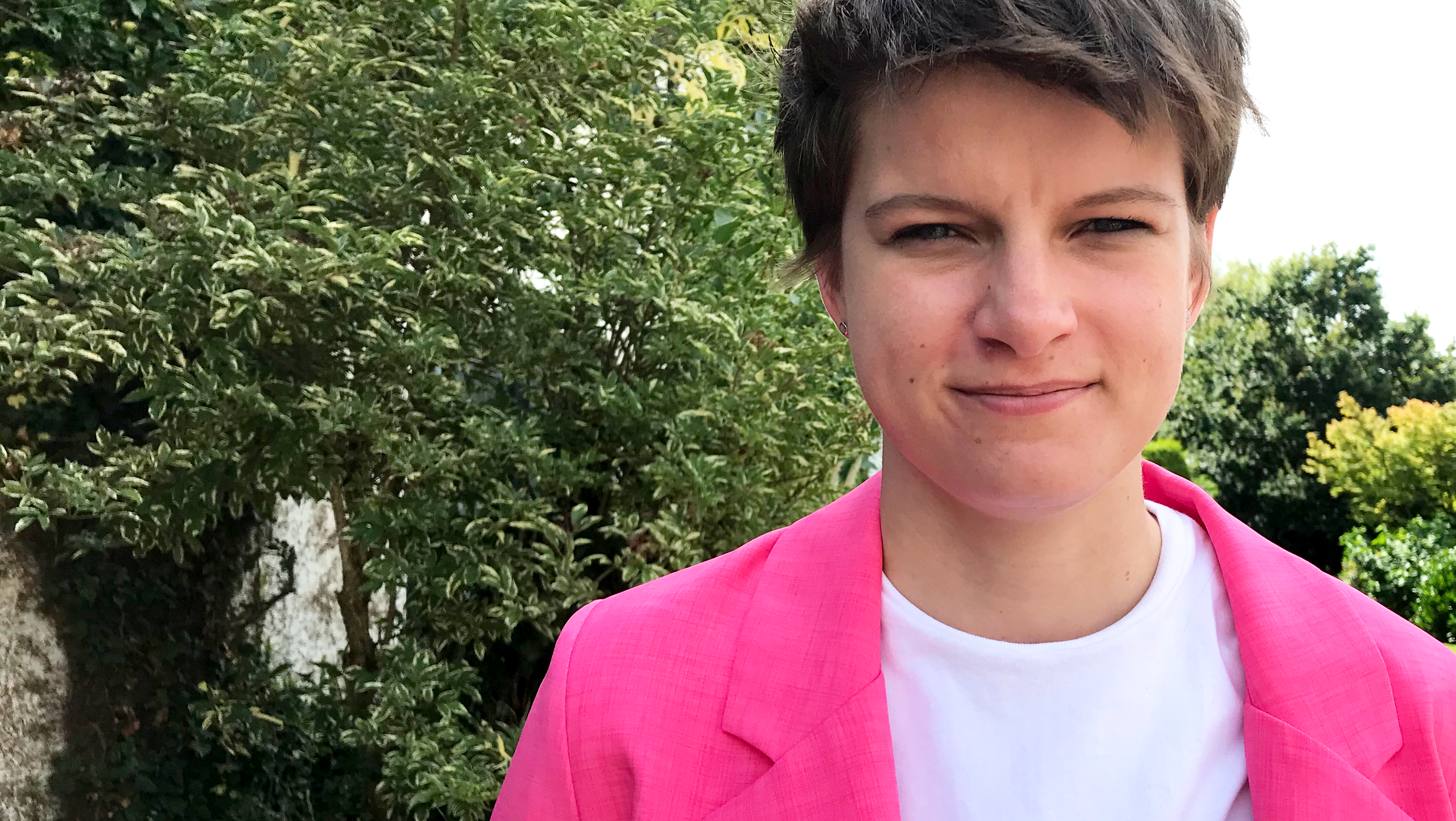 Conversations are something I feel I fail at. Others have told me you can’t fail at speaking with someone – it’s not a test. These people are wrong. I only have to look at my interlocutor and see the arch of their eyebrows, the crease on their forehead, hear the awkward silence that follows whatever it is I’ve just said, to know that I have failed.

In these moments, I feel caught out. I imagine my interlocutors know I’m not like them. I imagine they can see my difference emanating from me.

I don’t know how old I was, but one day I set out to see if language skills are something you can learn. The answer is, as it so happens, yes.

Yes, it is difficult. Yes, the process is painfully slow. Yes, blank stares and furrowed brows are something you have to get used to. But I was always taught you don’t learn a damn thing without failing. So, fail I did. I failed with a quiet determination. I used slang years out-of-date. I studied films and books and echoed their stilted speech. I copied the intonation of my peers with such dexterity they thought I was mocking them.

Years and years later, I succeeded. These days, I ‘pass’ as neurotypical. Inside, though, I’m still someone with a communication disorder. Idioms don’t stick. Tell me something will be good to cut my teeth on, that it gets under your skin, or worse, that it’s no skin off your nose, and I’ll flinch. Colloquialisms don’t stick, either. I am a millennial who doesn’t speak millennial. ‘You’re crushing it’ means nothing to me, and nor does whatever the hell it is that millennials say these days.

For me, autism is like life is a play, and everyone else has got the script but I haven’t. I’m constantly winging it. Whenever I say the right thing at the right time, it’s nothing short of a miracle.

It’s therapy. It’s both a relief and a release to articulate my thoughts with words which are written rather than words which are spoken. In this way, I have the headspace to mull over what word fits where. I can erase and rearrange in a way you can’t when you’re speaking. What’s more, I can discover what I feel about a subject when, quite suddenly, I’ve written an opinion. What’s more, I can turn horrible truths into wonderful fiction and find out that the past no longer hurts me.

It’s my obsession. I love words. I love ‘rambunctious’ and ‘aurora’ and ‘requisite’. I love ‘qi’ and ‘xi’ and ‘jo’. I love ‘postulate’ and ‘confabulate’ and ‘lackadaisical’. I love them nonsensically. I love them because they’re wonderful.

I revel in knowledge deemed useless by many, in knowing the difference between ‘continually’ and ‘continuously’, ‘which’ and ‘that’, ‘classic’ and ‘classical’. The apposite word isn’t always on the tip of my tongue, but it is usually at my fingertips.

When I was little, I used to fantasise that the whole world would turn mute. I even turned it into a little story called ‘Goldfish’. In it, the English language dies, for reasons I no longer quite understand, on a Tuesday. Millions of people lose their mother tongue over night. For my readers – my mum and dad – it sounded dystopian. For me, it sounded idyllic.

This, I think, is a world in which I could triumph.