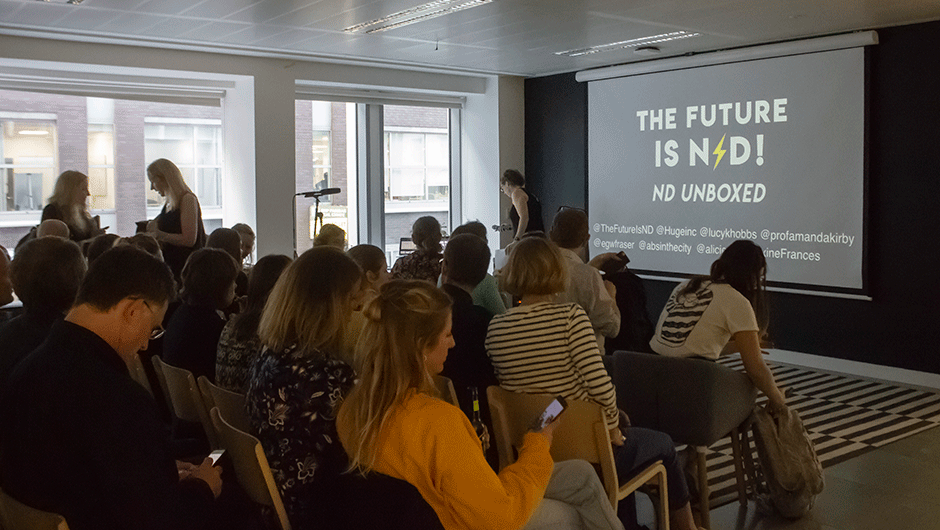 What’s in a label? Does it help? Hinder? Define? Diminish? How can neurodivergent people be lumbered together when we are all so different? These are some of the questions tackled at ND Unboxed, a lively discussion on the labels and stereotypes that come with a neurodiverse diagnosis.

FND founder Lucy Hobbs opened the event by remembering Mary Colley, the founder of the UK Developmental Adult Neurodiversity Association (DANDA) who she met when diagnosed some 12 years ago. As Colley found out, neurodivergent people don’t fit into neat boxes. Instead, we overlap. For instance, autistic people often have tics, and yet don’t receive a Tourette’s diagnosis, and its thought that up to 70% of autistic people also have ADHD.

Hobbs then introduced the keynote speaker, Professor Amanda Kirby. The CEO of Do-IT Solutions – an organisation that helps people with neurodiverse conditions become the best they can be. Kirby is also a GP, a researcher and a parent to neurodiverse children and grandchildren. She had many insights on the question of labels, being defined by your label and the language we use both to label ourselves and others.

Kirby kicked off with musings about the terminology we have used to label neurodiverse conditions historically. In the past, Developmental Coordination Disorder (DCD) – the condition her son was first diagnosed with – was known as ‘abnormal clumsiness’, ‘minimal brain dysfunction’ or ‘clumsy child syndrome’, before finally becoming ‘dyspraxia’ or ‘DCD’, the former being more popular perhaps because of its adjectival form.

However, whilst diagnoses can be enormously helpful, Kirby argues, it is important to bear in mind that labels and boxes never describe a person as a whole. On top of this, because of a general lack of understanding, some find that ‘people’s perceptions of who you are is diminished by the label not increased by the label.’ For instance, teachers have lower expectations of pupils with an ADHD diagnosis than they do towards those without.

Undoubtedly, the language we use to label is powerful. We may talk, for example, about being different, having hidden impairments, straying from the norm, having a disorder or being disabled. But in a society where the realities behind these terms are not always widely understood or even stigmatised, it can be hard to know whether using this terminology is helpful in a given situation or if it could result in misunderstanding or even prejudice. This dilemma can make us less likely to disclose our condition or feel ashamed.

Kirby sees the dialogue surrounding the term ‘neurodiversity’ – whilst the word literally refers to the variability between people’s brains across a population – as being more positive: ‘it’s about your identity, my identity, a positive identity. It’s talking about me as an individual and complementary cognition.’

Whilst some may argue ‘neurodiversity’ is being used too specifically, as long as people are using the term they want in a way that’s useful for them and that those around them can understand, that’s what matters.

When it comes to neurodiversity, we mustn’t deny that there are challenges. That said, we are moving into an era where technology can harness people’s strengths and minimise people’s challenges. In short, for neurodiverse people, the future is bright.

Panel Discussion: Do Our Labels Define Us?

The talk centered around four questions: the first was how the panel defies stereotypes around their diagnosis. The second was how they explain their difference to others. The third was whether the label is helpful or stigmatising. The last was if there are any stereotypes that are actually true.

Ed kicked things off by explaining how he defies the stereotype that autistic people don’t have empathy. Instead, empathy is something he feels he excels at. On top of this, he works in a job where interpersonal skills are constantly required.

Similarly defying the stereotypes around dyspraxia, Maxine said she now does sport ‘voluntarily.’

On the other hand, Abi said, ‘I don’t outwardly have some of the stereotypical traits of ADHD, but I’d say I have all these traits inwardly. Like many women with the condition I’ve felt pressure to reign in my hyperactivity in order to fit in’ Later, she pointed out that ‘the stereotypes themselves are a pretty superficial reading of what ADHD is’.

In response to the question of whether or not a diagnosis was helpful or stigmatising, the panel agreed that it was helpful. Abi pointed out that ‘If you haven’t got an explanation for why you’re different in whatever way, then you risk letting other people control your label as it’s human nature to want to categorise. If you don’t label yourself, you can guarantee that someone else will do it for you!’

Alice agreed. ‘It’s better to have ADHD as a label, rather than ‘weird’, ‘rude’, ‘distracted’.’

As the panel discussed, there are quite a few stereotypes that are more or less true. Maxine related to the stereotype that dyspraxic people are tenacious overthinkers. Alice said hyperfocus, forgetfulness and distraction were true for her. Abi said a lack of a sense of time is something she struggles with. As for Ed, he said that ‘cutting through bullshit’ is his talent.

Write up by Alice Frankin and photographs by Aimée MacKenzie

With special thanks to our kind hosts Huge London for looking after us once again. 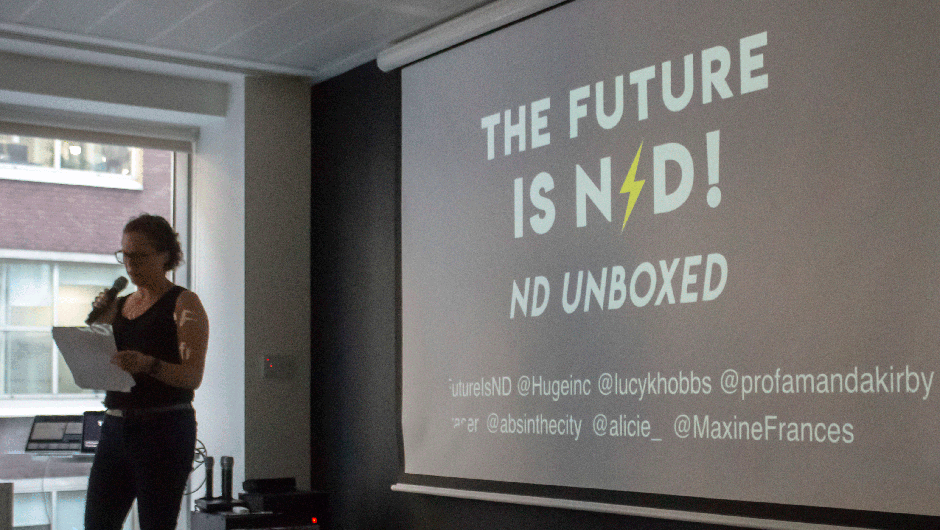 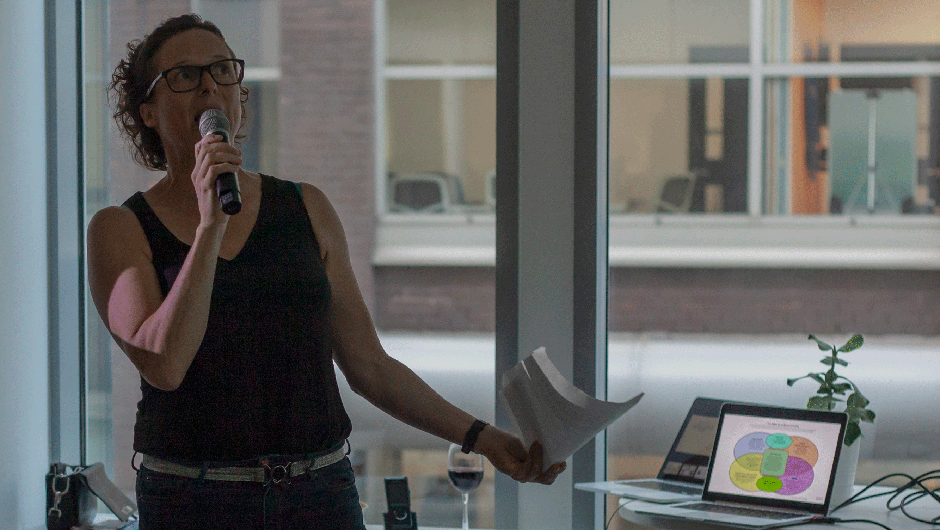 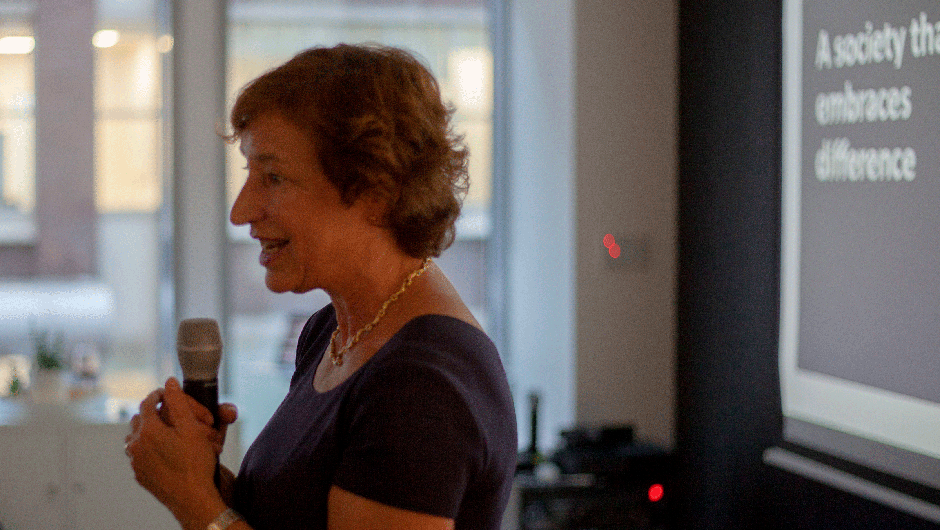 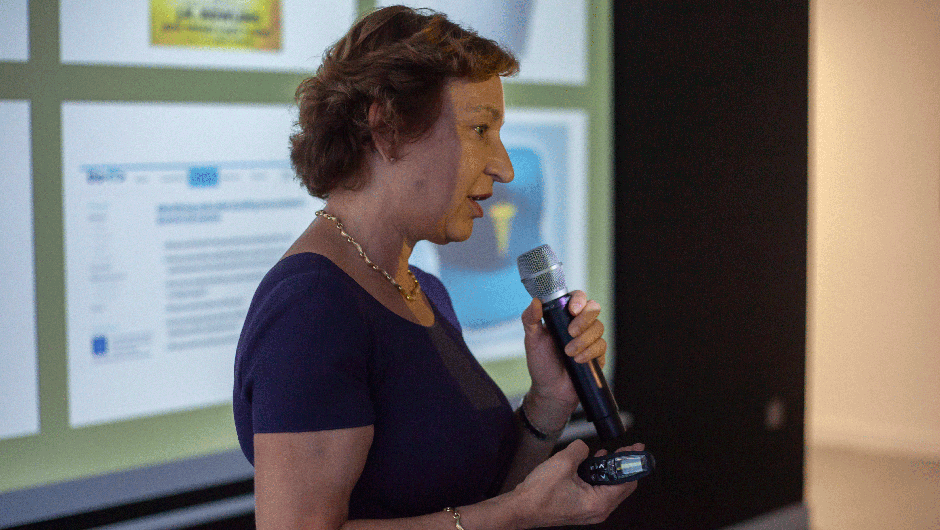 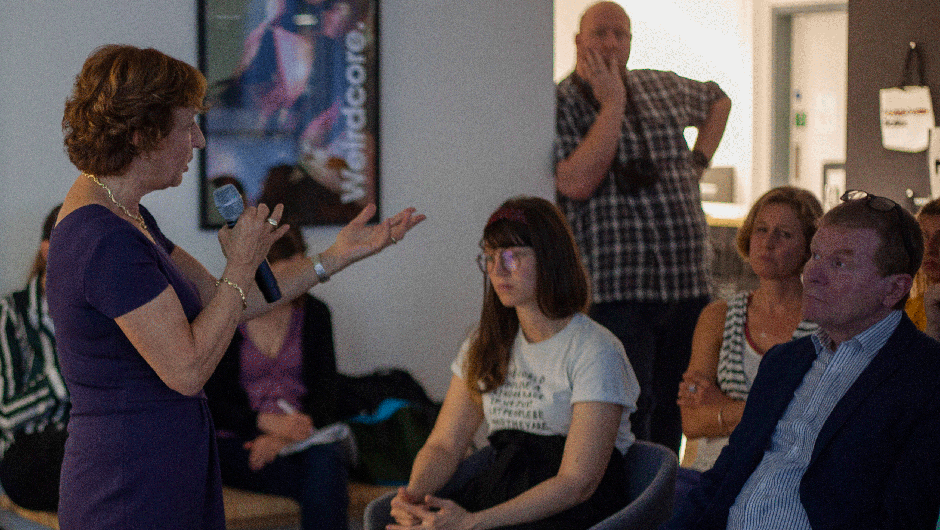 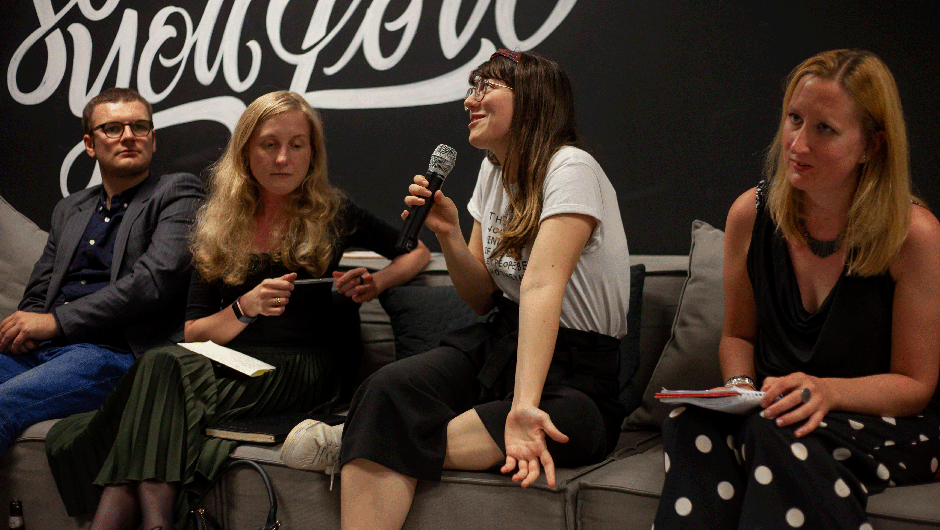 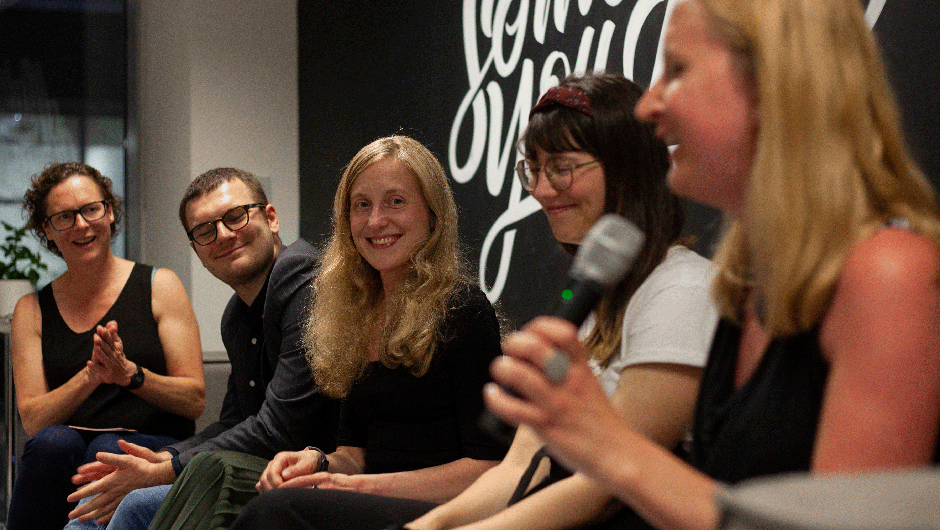 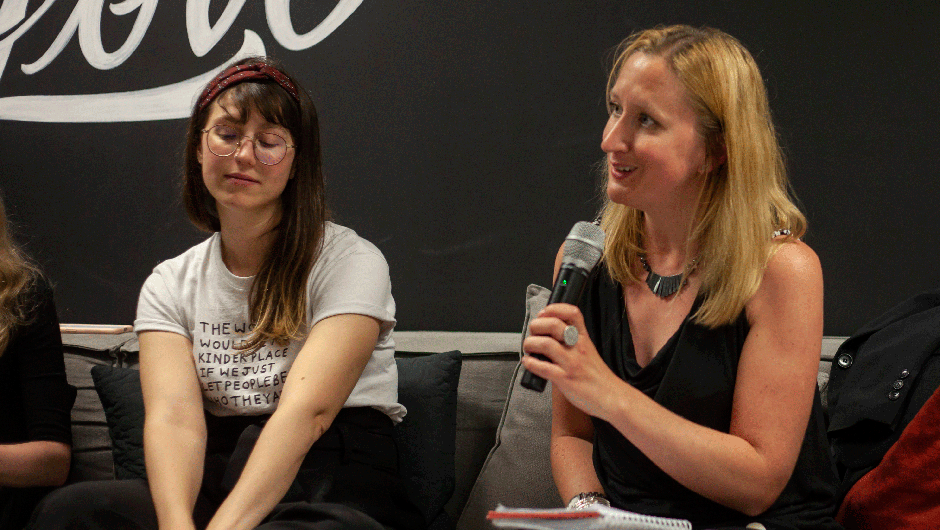 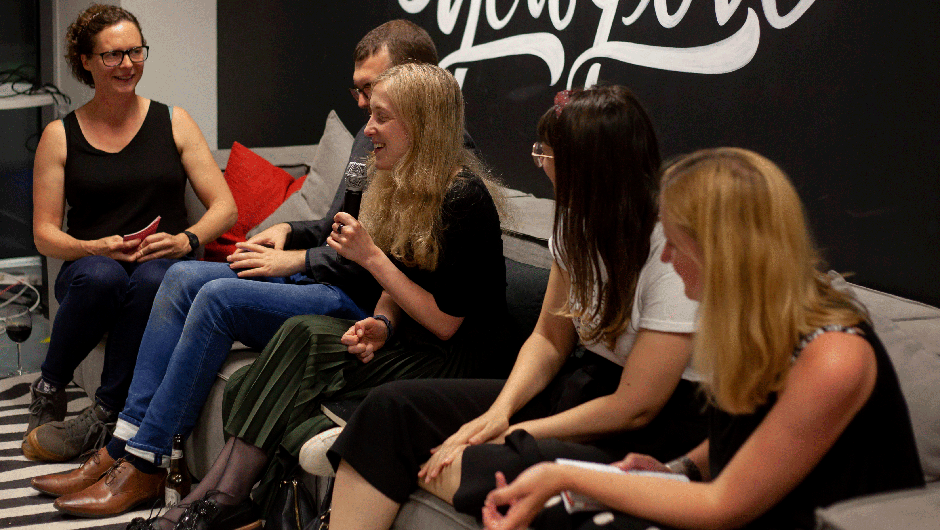 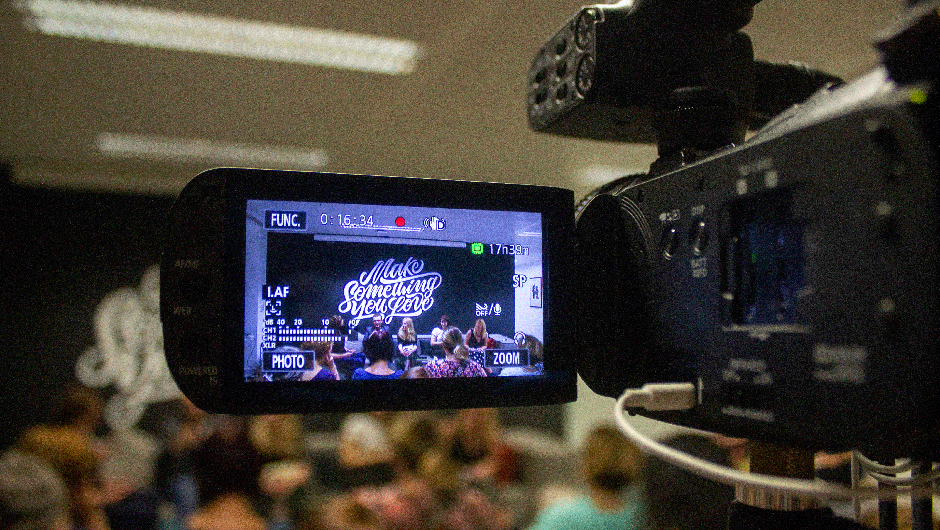 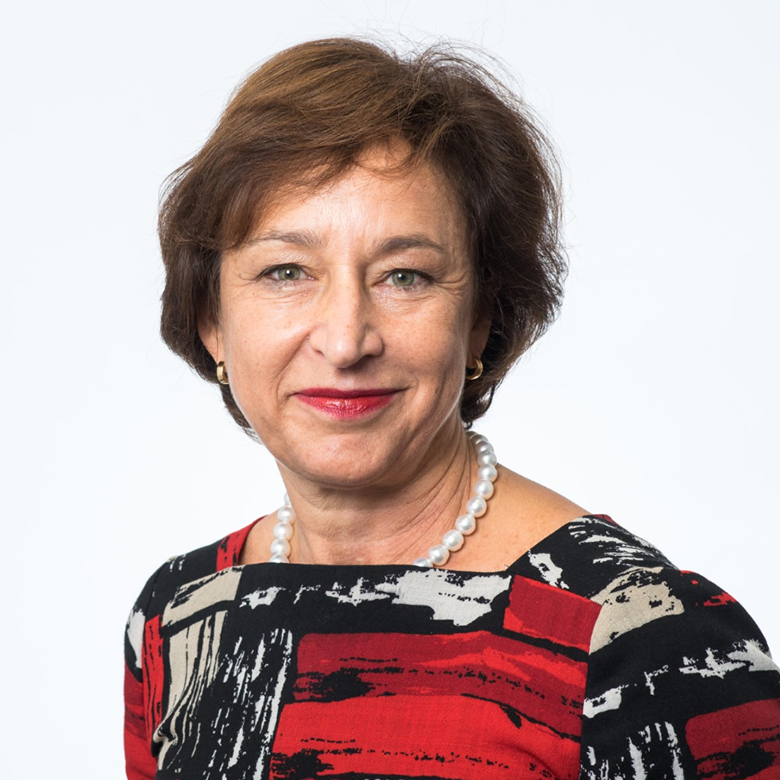 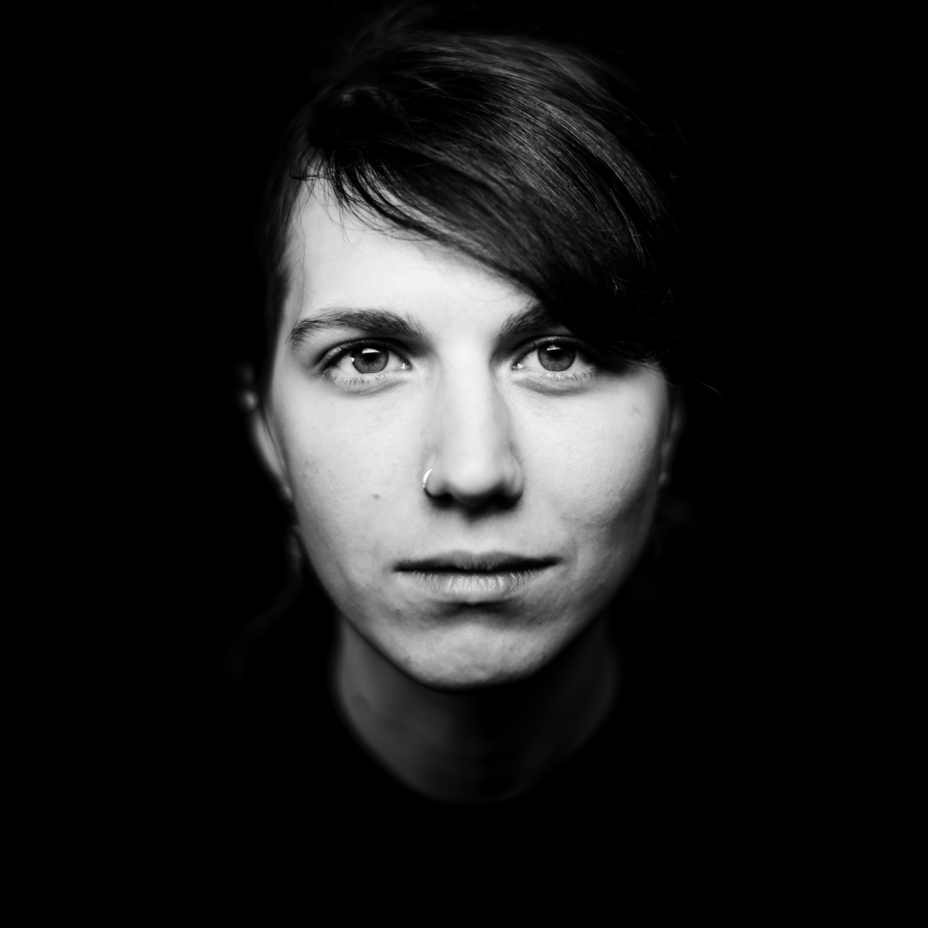 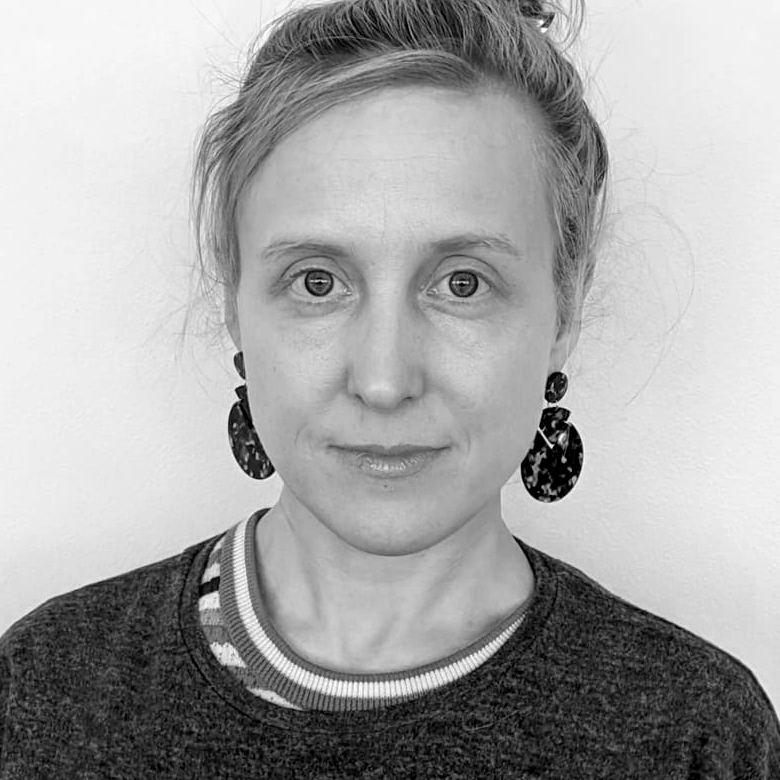 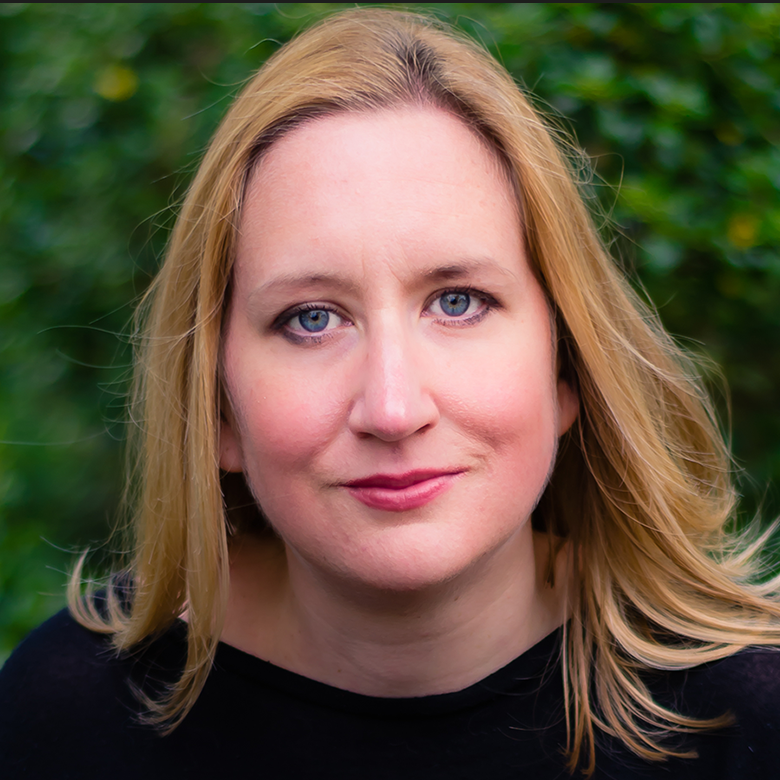 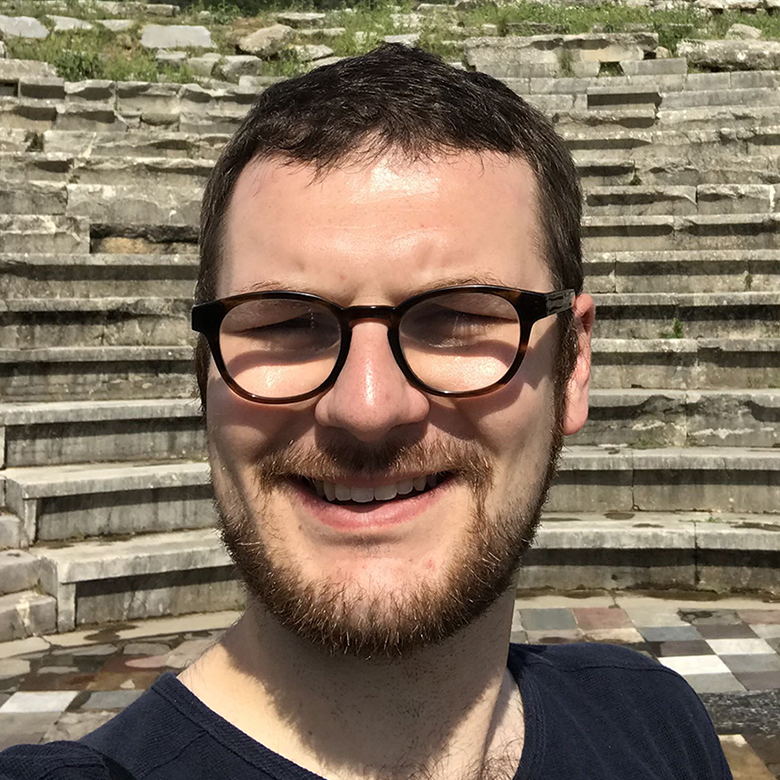